ISP: What Remains Unchanged in the ISP Patch?

I would like to establish just how much remains unchanged on the Itadaki Street Portable English Patch. The only unfinished tasks that I am aware of is the completion of the in-game banter between the characters and maybe some conversations in the Chat Circle. That does not seem like much, but my text inserter says otherwise:

The image on the left represents my progress on BLOCK 0 (In-Game Character Dialog). Notice the "Strings Imported" line. There are 5159 phrases spoken by characters in this block alone, and of those phrases only ~11% of them are in English. The image on the right is BLOCK 1 (In-Game Character Dialog aimed at the Player). That's right, there are two of these things. This block has 4012 phrases, and only .5% are in English

Though I would have loved to see these screens say '100%', I just can't bring myself to do it. All I wanted was to bring this series to English-speaking audiences, and that was achieved with Fortune Street for the Wii. Good day, and good luck getting the domination trophy!
Posted by Unknown at 7:00 AM No comments:

As the title states. I'm doing just that. I am ending my work on the Itadaki Street Portable Patch. PreRelease 3 is the last release. It has come to my attention that by continuing work on the patch, I may be putting myself in danger of Square-Enix's legal team. However, I fully agree to their efforts to protect their copyrights, so I am choosing to end the project of my own free will. I will no longer distribute the patch on either this blog or my youtube account. I don't think there's anything I can do about the Romhacking.net entry, though. I do not know if I will finish the documentation of the Board format, but I'd rather not take any chances.

The patch completed its goal long ago, so I do not regret doing this. I don't believe I did anything wrong, but Square Enix has the right to do what they want with their properties. In addition, I would rather leave the dialogue unchanged as it may even convince pirates to purchase any future official release. Either way, good day and good luck getting the dominance trophy!
Posted by Unknown at 11:40 AM No comments:

Okay, so the last one may have been a bit boring, but here's something with a bit more visibility: unused textures!

At first glance, they appear to be textures of Rikku from Final Fantasy X and the Prince of Cannock from Dragon Quest II (whom I have affectionately dubbed "Kukki"). When opening pack.dat in Game Graphic Studio, they are images 299 and 300 respectively. They are the first textures to appear in the group of character textures used in speech bubbles, despite not having expressions. This means they may not have been playable, but may have been NPCs. Morrie, Quistis, and the Chance Card NPCs use a single face as well (Torneko has a separate iris texture that moves independently of his face).Sorry fans, no hints of Yuna anywhere.

In addition, this text was located amongst the column names when making purchases in the shop. I believe it says 交換済 (Already Exchanged), but its small size makes it hard to read. I am unsure if this is even unused, but if it is it may have been used before the idea of the 'SOLD' stamp came into play.
Posted by Unknown at 7:00 AM No comments:

One thing I love about modifying games is finding hidden stuff, no matter how miniscule or pointless. So, I'm also going to use this blog to discuss the neat things I find in ISP's data. First, I'm going to cover Stage 15, because it's mere existence caused so many problems when I started digging into the board format.

This is Stage15's HEADER section. In BOOT.BIN, it is located from 0x310448 to 0x31048B.  A HEADER section contains some basic variables for the stage such as number of spaces, stage name, etc. and pointers to actual board setup. Upon inspection of this stage, I found that its name is チュートリアル ("Tutorial"). It's the stage used in Quistis' tutorial!

However, some things differ between this stage and Tantegel:
-Area Names are scrambled about.
-Shop Names are scrambled about.
-The Chance Card Deck is completely different.
-The stage apparently has one less space.
-The spaces are all defined in a different order.
So, despite looking exactly like Tantegel, it is internally different. Interesting...
Posted by Unknown at 7:00 AM No comments:

UPDATE: It has come to my attention that the program does not perform special class inheritances properly. For example: Donnel and Gaius do not show as passing down the Pegasus Knight class to their daughters. I am currently fixing the problem, but everything else the program does should be functioning just fine.

I am addicted to this game. I need help. But for now, every time I play through it I want to play differently. So I've tried the existing Marriage Randomizer, but there's one problem: it doesn't support 2nd Gen. No problem! I'll whip something up in Game Maker 7 real quick. (Not only is GML not a real programming language, I'm using a horribly outdated version! Bonus points!) But, it didn't end there. Out of boredom, I gave it an interface. Then I added pretty little options to customize the way it randomizes, then the .mms format to import/export settings, exporting to .txt file so I could bring up my matches on my phone. Then, I went the extra six miles and made the program calculate and display the resulting children: the skills they can inherit/learn, their growth rates, and their stat modifiers. I believe it's pretty simple to use, but I made the stupid thing.

A basic rundown of what the program does:
-Randomizes Marriage assignments for 1st and 2nd Gen characters.
-Set Marriage Allowances. (Maybe you don't want Stahl to ever marry Nowi. You can do that.)
-Force Marriages. (If you want the MU to always marry a certain character, for example.)
-Display statistics of the resulting children. (Available skills, stat growths, and stat modifiers.)
-Export all of this information to a convenient .txt file!
-Display badly cropped official artwork!

If something happened to your MARRIAGE.MMS file or you just want a fresh one, you can download one here. 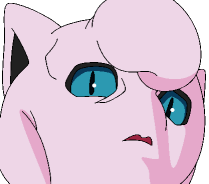